On 17 October 1860, eight professionals assembled at Prestwick for a tournament to determine who would be the Champion golfer.

The winner was to receive the Challenge Belt, a prize crafted from red Moroccan leather and worth £25. The competitors played three rounds on the then 12-hole links, with Willie Park Sr beating Old Tom Morris by two shots. A year later, Prestwick announced that the tournament “shall be open to all the world.”

The “Open” will be played this year on the Old Course @ St Andrews – It the 29th time since its inception that the tournament will be hosted there.

According to Wikipedia, The Old Course is considered by many to be the birth place of golf back in the 1400s.  Interesting that the game became so popular that in 1457 James II of Scotland banned golf because he felt that young men were playing too much golf instead of practicing their archery.  The ban was upheld until 1502, when King James IV became a golfer himself and removed the ban. 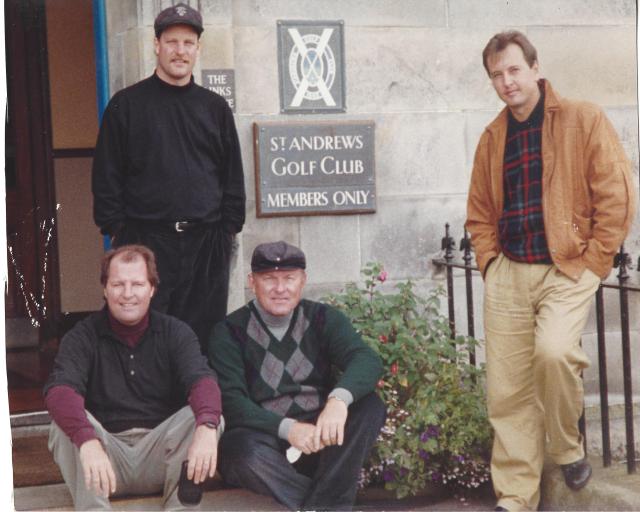 My experience with St Andrews took place in the early 90’s.  My Brother Phil had decided to retire after an extraordinary career in telecommunications.  (He was at the epicenter of the AT&T breakup back in the early 80s) . As a retirement celebration, he treated myself and his two sons to a golf trip in Scotland.  The fun began in the planning.  We literally mapped out our plan for a 7 day trip starting on the west coast and ending up on the east coast of Scotland at St Andrews.  A few of the courses required advance introductory letters (Royal Troon).  We played twice each day, walking each round.  We’d finish each day packing ourselves into a Volvo station wagon with all our gear and clubs – 4 sets of golf clubs, 4 large duffle bags and 4 grown men – it was always a puzzle in how to fit everything in properly.  Then the “left-side” driving had to be mastered with the same concentration given to a 4 ft putt.  The 1st attempt had my brother at the wheel leaving Turnberry – “Are you OK with driving Phil?” “Sure no problems..”  50 yards later the side mirror went missing… 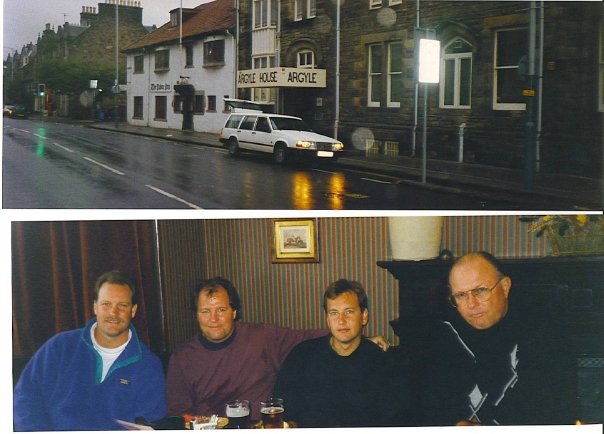 Oyster, Mussel and Onion Stew! And the BLACK. It made for interesting digestive adventures….

The days ended with lots of Guinness, single malts, full bellies (I lost ten pounds in spite of all the good food) and of course, wonderful companionship.

My brother passed away a few years ago.  He was such a presence in my life.  I am thankful for the time we spent together –a lot of golf… He taught me how to be a gentleman.

Old enough to know better
View all posts by Patrick →
This entry was posted in Family Posts, Running. Bookmark the permalink.

2 Responses to The “Open”